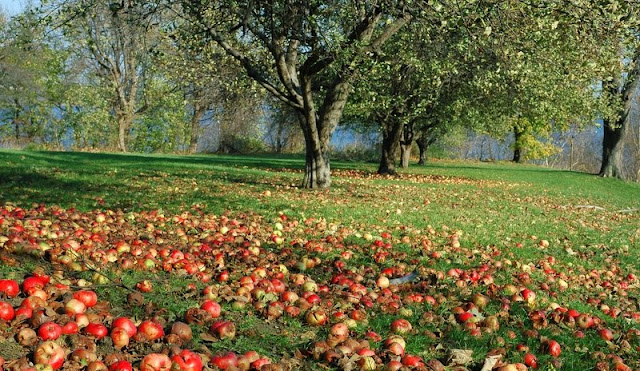 Behind Dundurn Castle in Hamilton is a small orchard where at the moment hundreds of apples litter the ground. When I saw these I was tempted to take some home because with naturally occurring antioxidants and other medicinal elements apples really are good for you! And becides - they are tasty too!

Some trivia: The word 'apple' originates from the Old English word 'aeppel' which used to be used to refer to any round object. The apple itself, however, originates in central Asia. Apples are said to have been introduced to Canada in Nova Scotia by the early French settlers sometime in the early 1600s.
posted: Wednesday, November 30, 2005