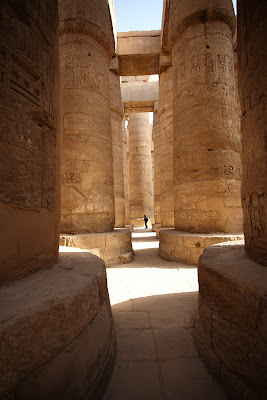 You get some idea of the size of these columns by the person in the background.
posted: Monday, March 31, 2008 No comments: 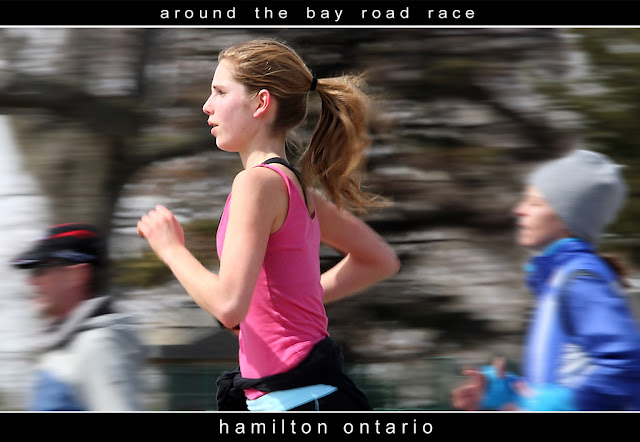 Today was the "around the bay" race in Hamilton. Lots of people were taking photos so of course I joined in too. I took a few shots but the only one I really liked was this one - because the pan technique (blurring the background) worked fairly well – and because of the symmetry of three runners.

For more photos of the race taken by other photographers check out the official website where they will be online soon.

Just a gentle reminder: All images on this site are covered by copyright. Please don't copy them to use for advertizing or news stories. See the 'about' section for more information. 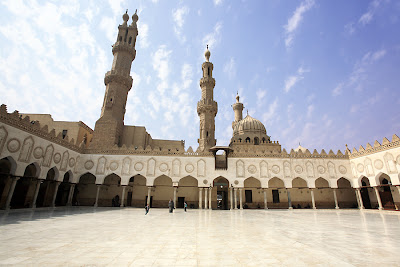 deal or no deal? 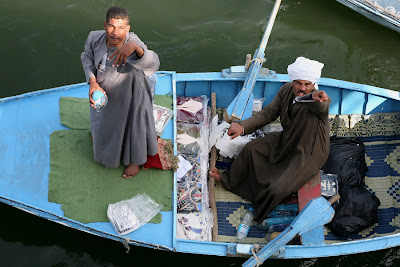 Looking up at passengers on a Nile Steamer, Nubian Traders respond to a bid they consider to be an unfair trade.
posted: Friday, March 28, 2008 No comments: 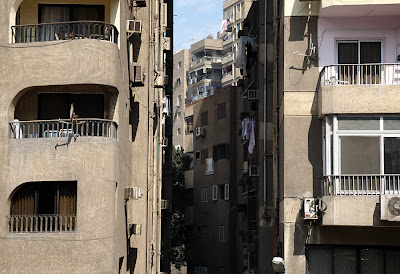 Apartment buildings in Cairo: The building on the left reminded me a bit of Antoni Gaudi’s work.
posted: Thursday, March 27, 2008 No comments: 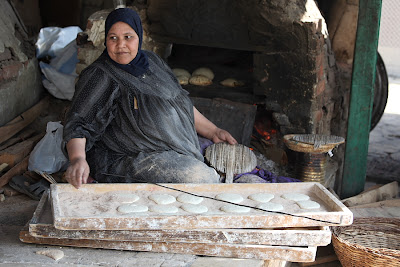 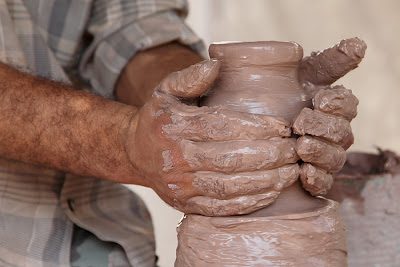 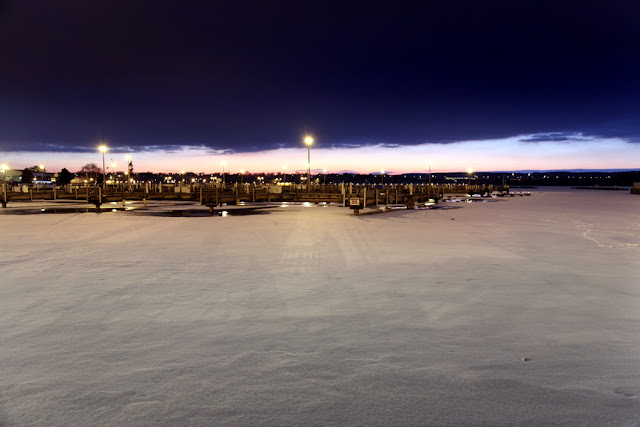 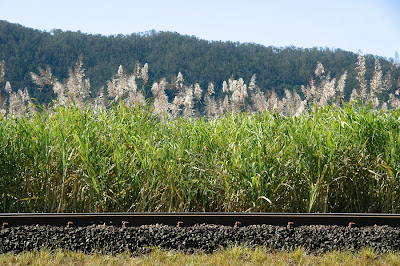 Well enough of Egypt for now. I have not got out shooting lately so time to dig back into the archives. I took this shot in Australia some time ago.
posted: Sunday, March 23, 2008 No comments: 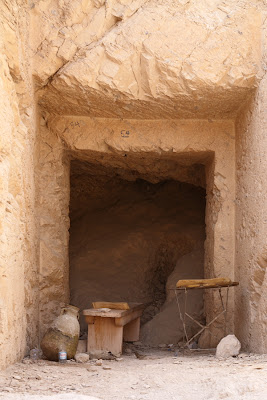 This is the entrance to KV54 (Valley of the Kings tomb 54) where in 1909 Theodore Davis thought that he (well not Thoeo really but the people he had paid to dig) had uncovered the tomb of Tutankhamen. He had not, this was not a real tomb but a place that some of the refuge from an embalming process was buried, but it did contain information regarding Tutankhamen which later put Howard Carter on the trail of the real tomb!

You are not supposed to go inside but ummm - well you know me by now - I did! It was empty. Which brings me to the reason I decided to post this particular picture today. Soon it will be Easter Sunday and the thoughts of Christians will be on another tomb – empty because they King got up and walked out. At church on Sunday morning people will greet each other with words first said some 2000 years ago, “He has risen.” And the reply will be, “He has risen indeed.” 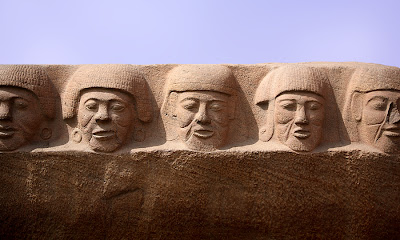 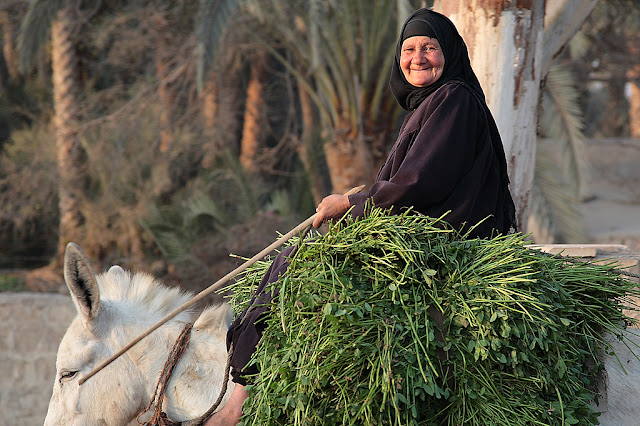 I took this shot just outside Cairo of a lady who reminded me so much of my grandmother.
posted: Thursday, March 20, 2008 No comments: 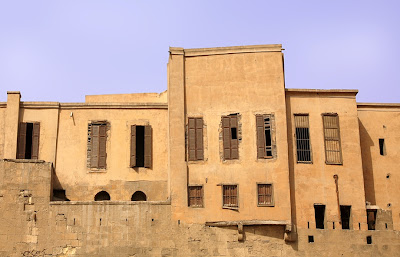 return of the vikings 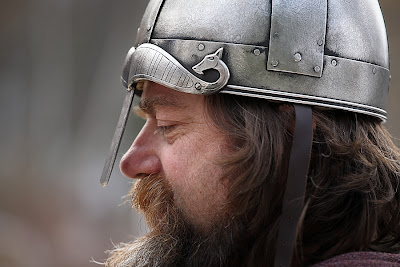 I thought I would give you a brief break from the Egypt series by posting a picture of one of those Vikings I came across a few weeks back.
posted: Monday, March 17, 2008 No comments: 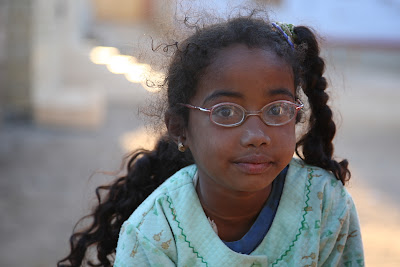 Having experimented with the 900 pixel width pictures I think I am going to stick to that size, although at times like today I may post some at 1024 – let me know what you think.

As for the photo – I took this in a Nubian village – an area in Egypt close to the boarder with the Sudan. The girl asked me to take her photo – and of course I did – luckily I brought many small gifts from Canada to give and show her and the other children my appreciation of letting me see their village. It seemed though, that the best gift of all was my taking a photo and then showing it to them immediately after on the camera’s screen – they found this great fun and never got tired of it – they are a bit like me in that respect I guess!
posted: Sunday, March 16, 2008 No comments: 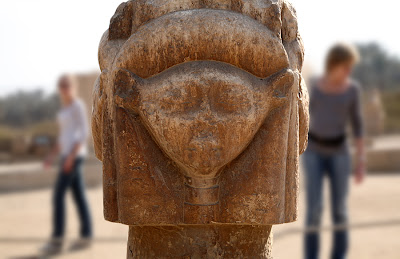 Her face may be worn but still you can tell who it is – the female deity Hathor – goddess of joy and protector of women. She has a long list of other things she is associated with too such as music, cavorting, fertility and happiness just to name a few. Yesterday she was quite busy and very popular with everybody knowing her name. Today this particular image of Hathor sits alone at Memphis on the Giza Plateau slowly loosing her smile.
posted: Saturday, March 15, 2008 No comments:

the cat of old cairo 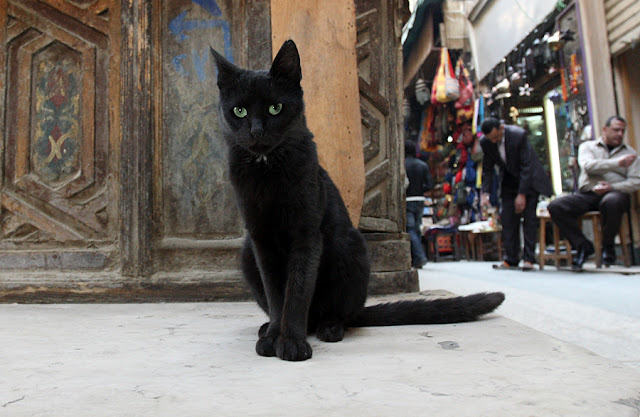 I was completely lost in backstreets of Old Cairo when a black cat came up to me and purred. The cat then walked off quickly looking back as if beckoning me to follow – and so of course I did. Further and further the cat led me down dark allies, through dingy backstreets and around ancient corners. Eventually, the cat led me to this corner which is the exact spot I had been looking for – the place our group had agreed to rendezvous. I thanked the cat, who paused for this photograph, and then wandered off to who knows where. 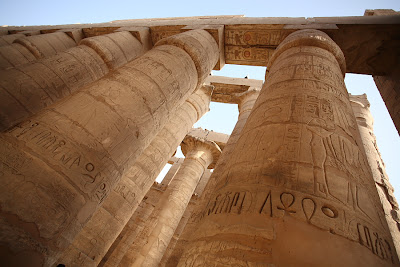 There are lots of columns in ancient Egyptian buildings because they had not invented the arch. If they had, they would have been able to build greater spans to hold up stone roofs and therefore would need fewer columns.

On a separate note, I have decided to try posting different size photos. Until now I have resized then to 800 pixels wide or high (depending on the orientation). I have noticed thought that other photobloggers are starting to post larger photos, likely because most visitors have larger screens nowadays. So I am switching to 900 pixels wide (or high) and I may experiment with 1000 pixels. Let me know what you think.
posted: Thursday, March 13, 2008 No comments: 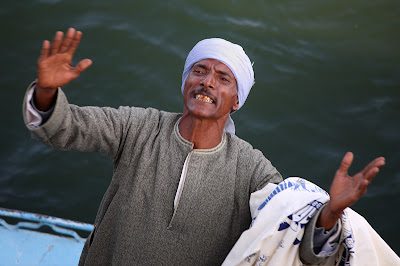 Of all the people selling things in Egypt I respected these Nubian traders the most. They drove a hard bargain, but they had a sense of humor and were fun to spend time with. I brought a galibaya, the same sort of robe this trader is wearing. I intend to wear it in the summer when it is hot!
posted: Wednesday, March 12, 2008 No comments: 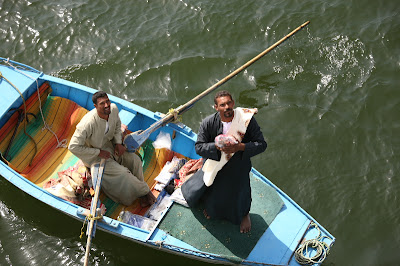 Nubian traders on the Nile.This shot is taken looking down from the top deck of a Nile Steamer. The traders (in dozens of small boats like this one) come alongside an anchored ship and throw goods up to passengers in plastic bags (see the bag in the trader's hands). Passengers either throw the goods back or after much haggling throw the agreed sum back down in the bag. It is not unusual for goods to go back and forth several times amidst much shouting before a deal is reached. Each trader may have thrown over a dozen packages on deck at any point and each new passenger who comes to the side of the ship will have several items thrown at them whether they are interested in buying them or not. Throughout this process the traders never loose track of where a package is and they never loose an item.
posted: Tuesday, March 11, 2008 No comments: 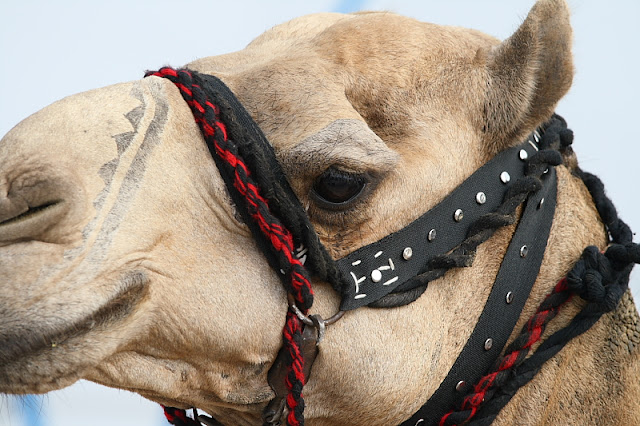 I took this shot with a Canon Rebel XTi which I used in addition to my Canon 5D on my trip to Egypt.

With its cropped sensor the XTi is a nice combo with the 70-200 zoom because it gives a focal length of 320mm, although I sometimes got better results using the 5D at 200mm and cropping the image. The XTi, however, handled the desert better than the 5D which now shows up dust spots on photos and needs its sensor cleaned.
posted: Monday, March 10, 2008 No comments: 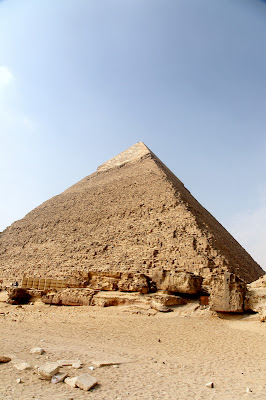 This is a shot of the Great Pyramid of Giza, built by Khufu (Cheops). The pyramid stands 138.8 meters (455.2 feet) high. Oddly, aside from the pyramid itself, the only other artifact remaining representing the king who built it is a tiny statue that is about two-inches tall. When I learnt this and saw the statue in the Cairo Museum it struck me as rather ironic.
posted: Sunday, March 09, 2008 No comments: 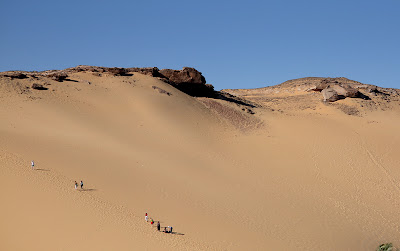 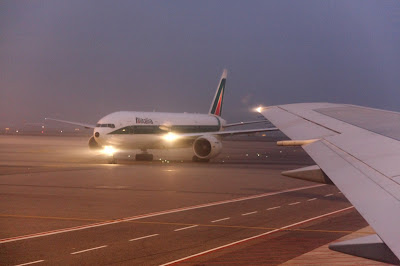 I am back! I took this shot on the trip heading out during a short stop in Milan. But where was I going? More information in tomorrow’s picture.
posted: Friday, March 07, 2008 No comments: 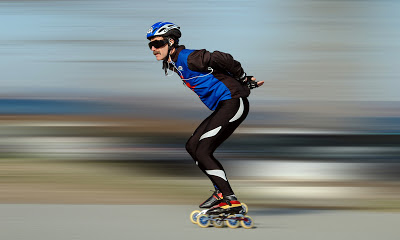 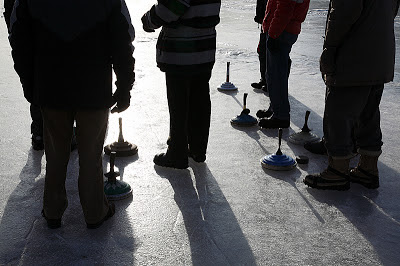 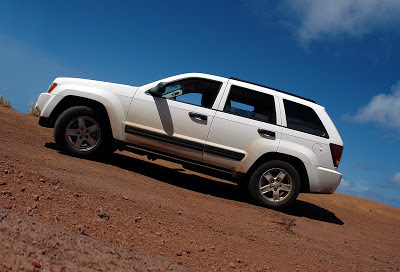 I took this shot last year - driving up the side of a volcano in Maui.
posted: Tuesday, March 04, 2008 No comments: 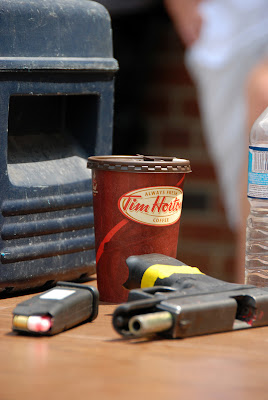 Odd how Tim Hortons just blends in anywhere into daily life in Hamilton - I took this shot earlier in the year when taking some photos for a police tactical unit.
posted: Monday, March 03, 2008 No comments: 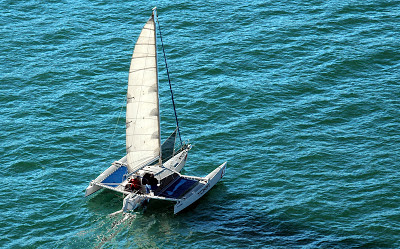 Sporadic access to the internet on my travels, not enough to upload photos, so I have set these to auto-post while I am away.
posted: Sunday, March 02, 2008 1 comment: 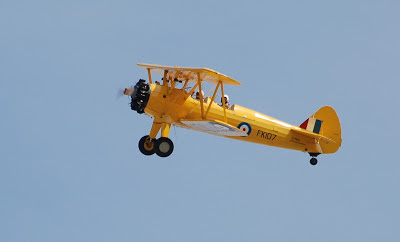