the babbitt and the bromide 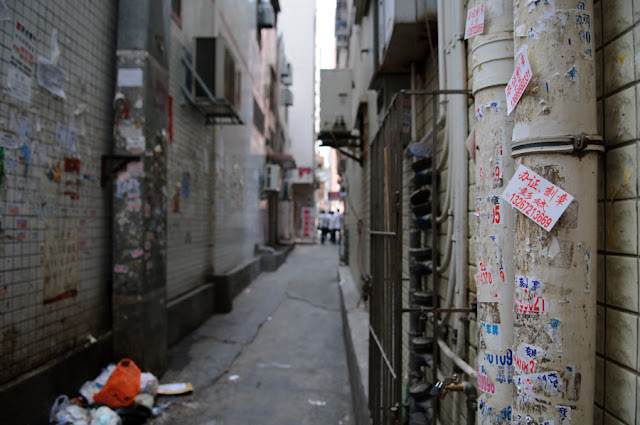 I was exploring these backstreets when I came across three middle-aged guys who were in a scuffle that was fast turning into a fight. This was very unusual because up until now I had never seen anything unpleasant at all in China at all.

So what to do? I walked up to the guys and patted one of them on the back and in a very jovial tone said:

The three men stopped scuffling and looked at me dumbfounded. As I walked away they began laughing together no doubt at this strange Englishman was they must have thought was a complete idiot. But at least the fight had stopped—so mission accomplished!

As for the lines I recited, I suspect the guys did not speak English so likely the only word they understood was "hello," but the words actually came from "The Babbitt and the Bromide" performed by Fred Astaire and Gene Kelly and I even did my best to imitate Fred and Gene when reciting them, including my own version of their dance as I waltzed away!
posted: Friday, March 27, 2009