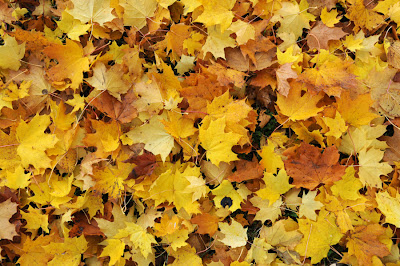 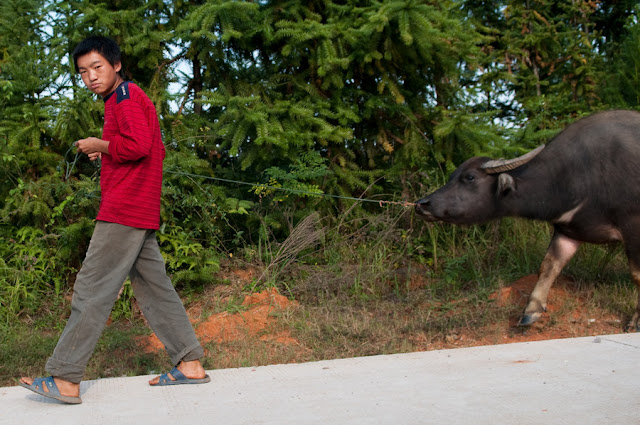 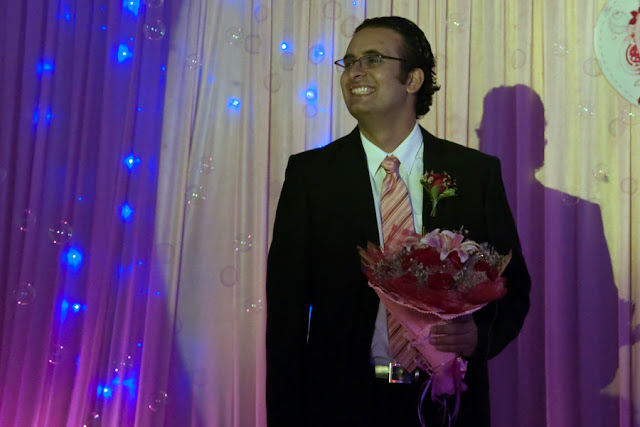 This is not the greatest photograph in the world, but it is the greatest smile. This is the point in the wedding ceremony where Daniel sees Plum starting to come up the aisle, he looks at her and as their eyes meet, this smile emerges! No wonder so many people started to cry!
posted: Wednesday, October 28, 2009 No comments: 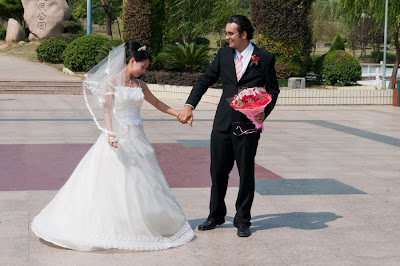 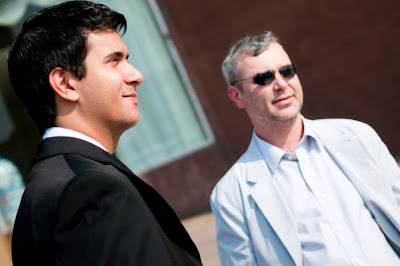 One of my long-time regular blog visitors said today, "your photos (the Auschwitz photos) are depressing: I like the wedding photos." Good point, maybe the Auschwitz photos have to be spread out a little with not too many all in one go. So let’s give that heavier subject a break for a while and go back to the wedding.

I don’t have too many wedding shots because I left it to the professionals. When I took this shot the official wedding photographer came over and after taking a look said it was overexposed. He took my camera and started messing with the settings. I must admit I felt a little intimidated but then I took my camera back and said, "actually that is exactly how I want the shot to look." And it was how I wanted it to look with James in the foreground in focus, "milkshake" (the guy in the background) looking a little faded and out of focus. Maybe it is not a great shot but it is the shot I wanted to take.

Anyway, after that I made sure I did not get in the photographer’s way because he seemed to know what he was doing and he also had an opinion about what I should be doing too. The problem is that he had no idea what he was doing! Once Daniel got his photos almost all were exposed wrong and were framed terribly. There are of course brilliant photographers in China, but unfortunately this guy was not one of them!

I did get a few shots though – not good traditional wedding photos because that is not my forte - and I was not trying becase I believed that the "professional" photographer had it all in hand. I did, however, get a few okay shots and I will post them over the next few days to cheer you all up.
posted: Monday, October 26, 2009 No comments: 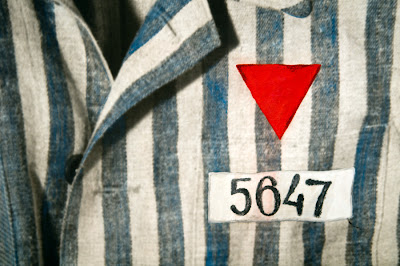 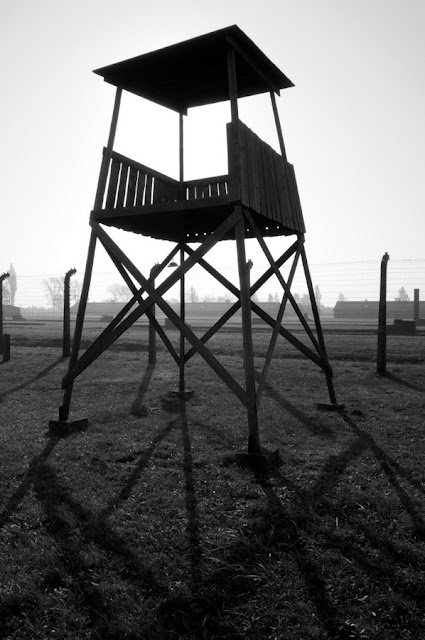 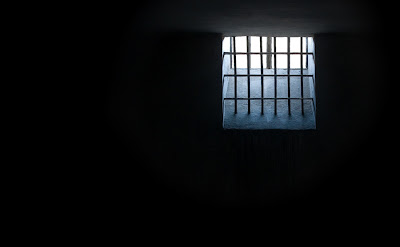 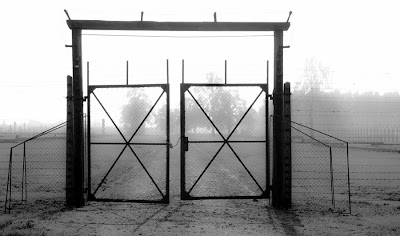 It has now been almost a year since I visited Auschwitz and although I can’t say that I have got over the experience yet, I am feeling ready to post some more of the photos. So over the next few days expect a few more of these shots to appear.
posted: Thursday, October 22, 2009 No comments: 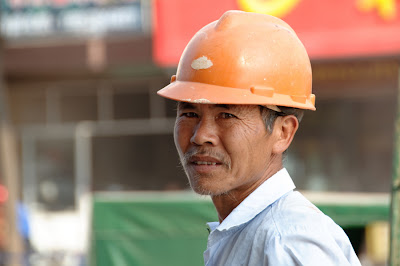 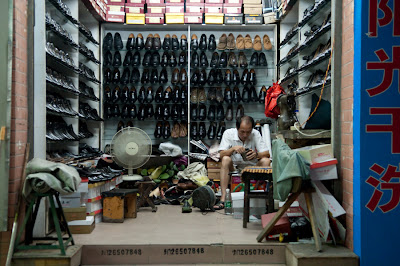 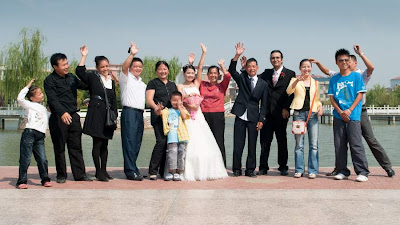 People have been asking for wedding shots — the problem is that I did not take too many. I wish I had taken more because the official wedding photographer’s shots did not turn out at all. Anyway here is one of the few I took from the background when the wedding photographer was taking his shots.
posted: Monday, October 19, 2009 No comments: 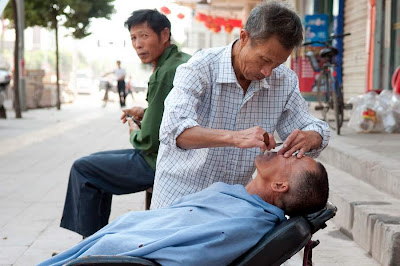 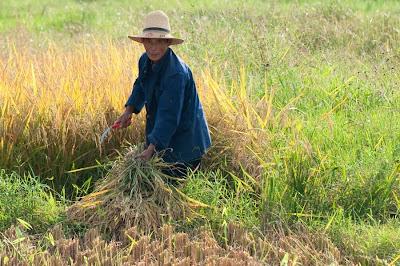 This way of gathering crops, which looks like a scene from a Van Gogh painting, is not seen so much nowadays: A lost art – except in China.
posted: Saturday, October 17, 2009 No comments: 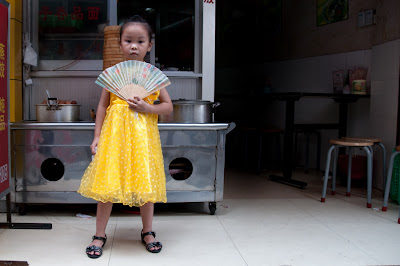 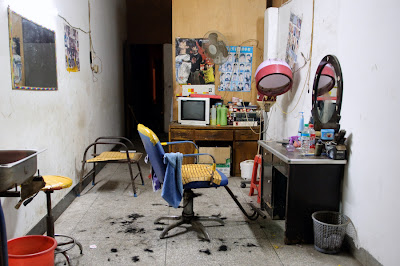 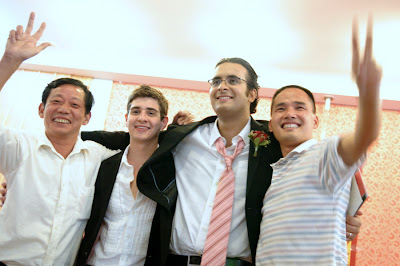 I like the contrast between this “after” the wedding ceremony shot and yesterday’s “before” shot. From left to right an uncle, David from Sydney Australia, Daniel and a brother.
posted: Tuesday, October 13, 2009 No comments: 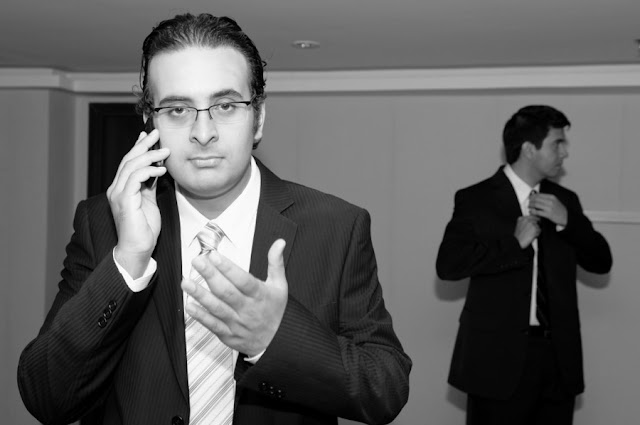 This was the scene in the hotel just before Daniel (in the foreground) was about to go and pick up Plum from her parent’s home, his younger brother James in the background straightens his tie in the rush to get ready. Tense moments in any wedding but especially so when it is all going to be conducted in a language one does not understand – well Daniel speaks fairly good Mandarin by now – but maybe not as good as the several hundred relatives he is about to face and he knows that none of his family can.

I like this photo – for me it captures that moment nicely. 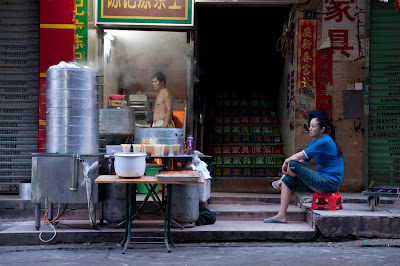 I am back in Canada now - expect more wedding photos once I have had a chance to edit them - but in the mean time I will post a few of the other shots I took that need little editing.

This is very early morning (about 6:15am) shot in the backstreets of Shenzhen. Whereas Canadians usually start their morning routine my dropping into a coffee shop, in cities like Shenzhen many Chinese stop at a place like this to pick up something to start their day. This shot, therefore, is of the Chinese equivalent to Canada's Tim Horton's (the coffee and donut store).
posted: Sunday, October 11, 2009 No comments: 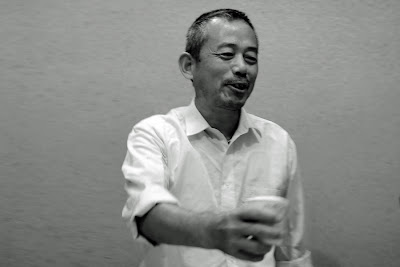 Plum, who Daniel married, has many uncles and the family is close knit. This an uncle offering “cheers” in one of the many meals that led up to the wedding. When toasting in this way, it is important to keep ones glass lower than the uncle as a sign of respect.
posted: Friday, October 09, 2009 No comments: 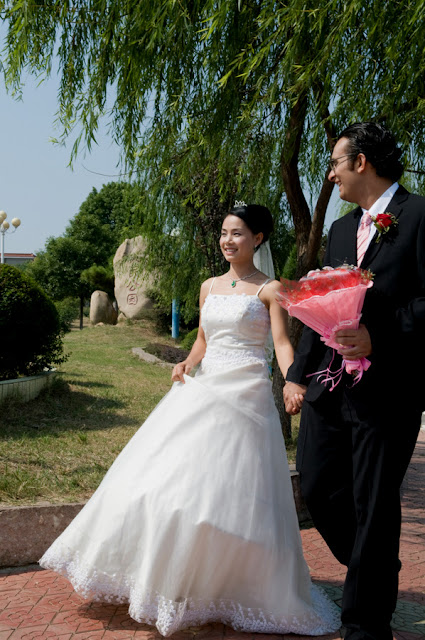 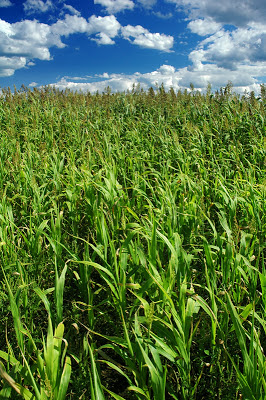 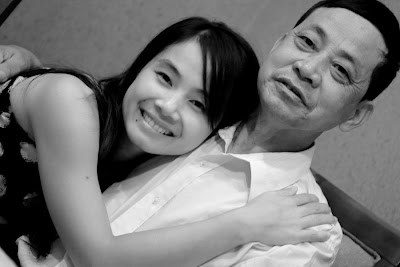 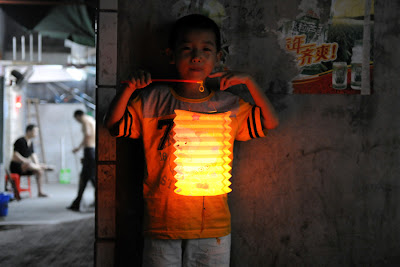