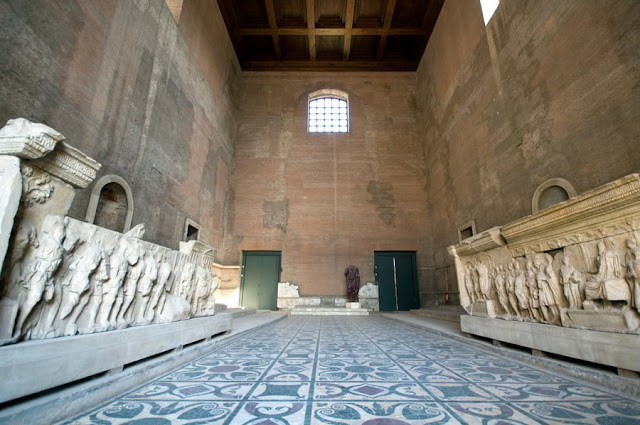 This in the Imperial Roman Senate which is quite small really, I thought it would have been bigger. There were a few buildings that housed the Roman Senate before this one, this one is the third and was started by Julius Caesar in 44BCE, and finished by Augustus in 29BCE. Much of what is seen here is the repairs undertaken by Diocletianus of about 290AD. Even so, starting about 2040 years ago and on this very spot, the fate of the world was discussed for several hundred years. Why I say "discussed" and not "decided" is because under imperial rule it was the Emperor (and later the Praetorian Guard) not the Senate that held real power in Rome.
posted: Tuesday, May 18, 2010