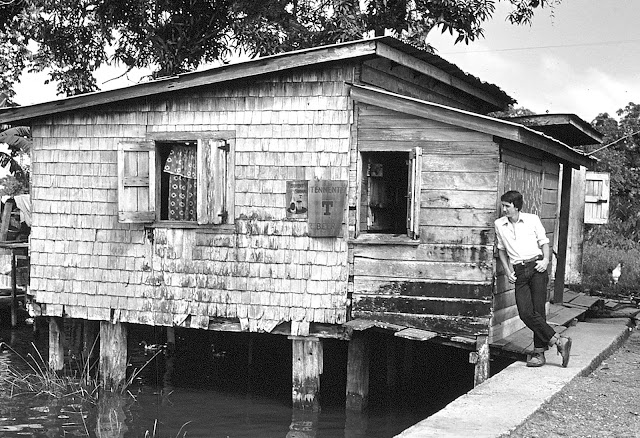 Another from the old Guyana photos I have been posting recently. A shot of me waiting for a steamer at Fort Island on the Essequibo, where I'm heading up to Bartica and then on foot overland to try to find Matilda, who took me money and run a-Venezuela.

Update April 3, 2014: Just in case you did not get the above, it was posted on April 1st, so although the photo is taken not far from Venezuela, the part about Matilda stealing my money and running there was a joke based on the line from a song (see link below). Think about it--has to be a joke--because the song is so famous that when Matilda asked me for me money there was no way I was going to give it because I knew what she was going to do :-)

Hey! That's my grandparents house. My father was born and raised in that house. He used to catch fish from the window. This is so cool. Thank you so much for posting this. Regards. Ameila WIlliams.