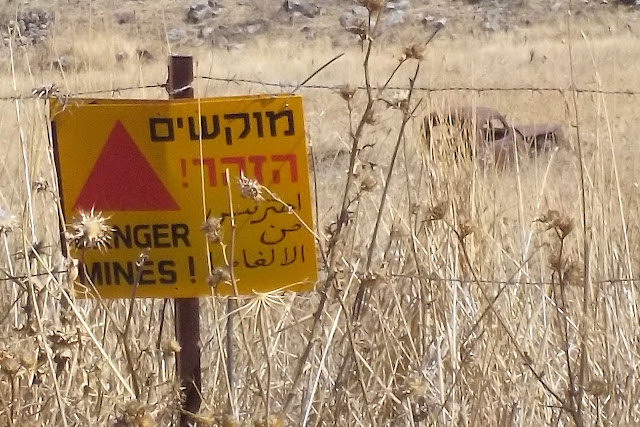 There are lots of minefields in the Golan Heights left over from the many wars. This was taken driving up to the Syrian border. I drove up to the point shown on the map below, I did not take pictures in that region though as things are pretty volatile with a Syrian military build up on the other side of the border and ISIS attacks on UN troops in the area. My travel interest is not the current conflict, but exploring the older history of this region up to the Yom Yippur War.