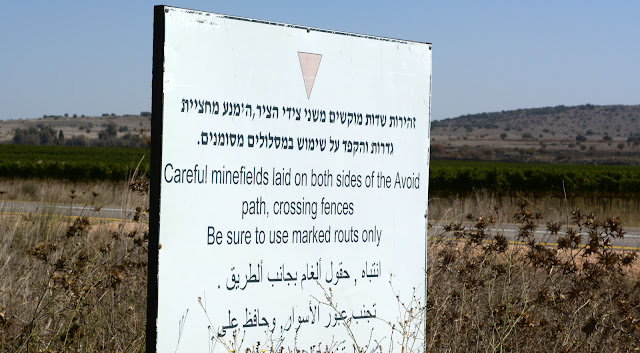 This road from here leads up to the Syrian border and this area is under UN control because it is "disputed" territory. The road is gravel and not very wide, driving along it I met several UN convoys coming from the opposite direction. These convoys comprised of armoured cars and troop carriers moving very fast so that they are a difficult target. Problem is that the road is only one vehicle wide so I had to continually pull off the road to let these convoys past. I did make it to the border but rather than track the Syrian border up to Lebanon as I planned - I decided to turn back - unusual for me to retreat but when all the other vehicles on the road are armoured and driving fast, and when one is in a tiny Hyundai with "Budget Rent a Car" stickers on it, even I know it is time to turn back!